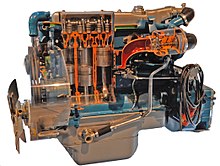 Diesel engines are the backbone of our logistics networks, backup generator power, and many other industrial and home applications. The majority of big rigs on the roads utilize diesel power. In addition, diesels are used in ships, locomotives, and many personal trucks and automobiles. Diesel fuel is one of the products distilled from crude oil.

How Does Diesel Fuel Run Engines?

Invented by the German Rudolf Diesel, the diesel engine uses compression-ignition to burn diesel fuel. Before then, gasoline and diesel were considered to be waste products of the oil cracking process. Kerosene was the product in chief demand from companies like Standard Oil because it was used for heat and lamps.

The compression-ignition mechanism powering diesel engines is based upon the physics of compressing a fuel/air mixture until it gets hot enough to self-ignite. When an engine operates in this manner, spark plugs are not required since compression produces just enough heat to combust the fuel/air mixture.

The compression-ignition process is more efficient than spark-ignition systems used in gasoline engines. Manufacturers of gasoline engines are now imitating the compression-ignition of the diesel engine, in part, by using perfectly timed direct injection. Direct injection directly injects the fuel into the combustion chamber instead of into the cylinder head. Like a diesel engine, the fuel burns more completely because the injection occurs when the pistons have fully compressed the combustion chamber. Other attempts to create a gasoline engine without spark have yet to produce a production motor.

Thanks to a mandate from the Environmental Protection Agency (EPA) that began in 2006, diesel fuel is now a much cleaner fuel for powering vehicles. Starting that year, the EPA limited the amount of sulfur contained in diesel fuel to 15 parts per million (ppm). This improved form of diesel fuel, referred to as ULSD (Ultra-low sulfur diesel), burns much cleaner in modern diesel engines and greatly reduces SOx emissions to the atmosphere. In recent years, the EPA has enacted further restrictions on diesel vehicles that require the installation of Diesel Particulate Filters (DPFs). DPF filters reduce soot particle emissions from diesel engines by 95% percent or more. 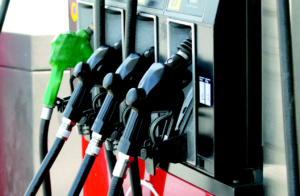 What Are the Power Differences Between Diesel and Gasoline Engines?

The most noticeable difference between a diesel engine and a gasoline engine is the power band (or torque chart). Most diesel engines have more power in the low-end torque band than gasoline engines. Torque is the twisting force of the engine and impacts its capability to haul heavy loads. Horsepower can be considered the energy to get up and go spontaneously.

Diesel engines are also built stronger than most gasoline engine. Because they have to endure greater pressures, the parts are usually thicker and heavier. When it comes to hauling, fuel economy, and durability, diesel powered vehicles are difficult to beat. To keep your diesel engine running at peak performance, give us a call at Hoffmeier Truck and Trailer Repair.