The Beginning of Detroit Diesel 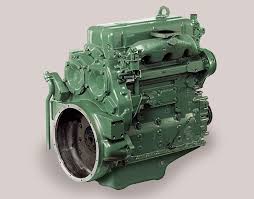 After the war ended, GM Diesel began to focus on heavy-duty truck engines. They also set up a network of distributors across the world to reach more customers outside of GM and to provide better service. In 1953, Detroit Diesel introduced the Series 53 engine to the market and became an immediate success. The group of Series 53 engines had either 2, 3, or 4 inline cylinders. Customers used the 4-Cylinder Series 53N engine to power logging tractors and construction equipment such as backhoes. The military adopted the 6V53T engine for armored personnel carriers. GM elected to keep the old Series 71 Engines in production, with the plan to add more cylinders for more power as demand dictated.

In 1965, GM Diesel became the Detroit Engine Division of GM. Five years later, this division would be combined with the Allison transmission group to form the Detroit Allison Division. Despite a recession in the auto industry during the 1970’s, Detroit Allison continued to grow and eventually gained thirty percent of the diesel engine market despite stiff competition from other diesel manufacturers such as Cummins. A four-cycle diesel engine, the Series 60, was developed in 1987. This product quickly became a market leader for Class 8 trucks because of it fuel efficiency and reduced emissions.

The next year, GM formed a JV with Roger Penske’s company to create the Detroit Diesel Corporation. Under Penske’s leadership, the company continued to increase revenue and market share. Unfortunately, a depressed economy in the early 90’s coupled with significant R&D expenditures crimped the company’s margins. However, business improved in 1993 and the company became publicly listed on the New York Stock Exchange under the ticker symbol “DDC”. 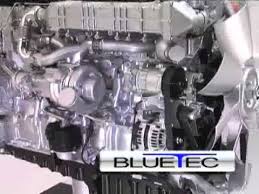 In 2000, DaimlerChrysler acquired Detroit Diesel Corporation and incorporated it into a new division known as DaimlerChrysler Powersystems. By that point, the combined company had over 34,000 employees and almost $7 billion in revenue. Five years later, Detroit Diesel Corporation invested $350 million to revamp its main manufacturing plant and launched the new DD engine platform in 2007.

The Series 60 engine reached the one millionth unit mark in 2009. The following year, Detroit Diesel Corporation launched its BlueTec® emissions technology with advanced NOx-reducing capabilities, as well as an engine lineup that included the DD13, DD15, and DD16. The DD15 diesel engine won the Technical Achievement award from the Truck Writers of North America.

Now referred to as just “Detroit”, the company continues to be a global leader in the diesel engine industry.  There are more than 800 authorized service outlets in North America.  Hoffmeier Tractor & Trailer repair is proud of our expertise surrounding maintenance and repair of Detroit diesel engines. Give us a call to help our with any diesel engine issues you may have.